Spacepedia
Spacepedia🠊Cosmology
The universe is full of diverse planets
Image Credit: NASA/JPL-Caltech/T. Pyle
The artist's concept depicts Kepler-62f, a super-Earth-size planet in the habitable zone of a star smaller and cooler than the sun, located about 1,200 light-years from Earth in the constellation Lyra. Read more on NASA Exoplanet Exploration
9329 views

Our general knowledge of the nature of complex processes leading to creation of planets is based mainly on a study of planetary systems within our Solar System. Astronomers were studying the nature of eight classic planets, asteroids, minor or dwarf planets over several centuries. However an information about a presence of a large number of planets in the universe, beyond our solar planetary system, has become more and more popular recently. There are many questions and objectives for research projects of scientific teams. What are the properties of planetary systems in the universe around stars other than our Sun? How many and what kind of planets prevail probably in the universe? What is a mass of such planets and what is their composition? What are orbital parameters of individual planets? How are paths of individual planets orbiting each other around the same parent star? What are relationships between characteristics of the parentâ€™s star or what is its mass and composition? Astronomers of many renowned institues are focusing on description of planetary systems properties that orbit around many stars in the distant universe.

There are hundreds to thousands of different planets in the universe 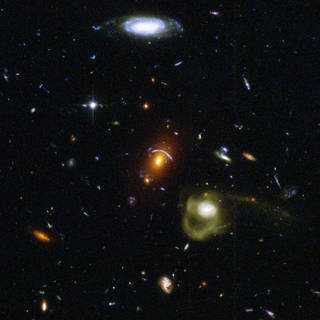 Extrasolar planets often referred to as exoplanets, are much more difficult to observe and study than the planets in our Solar System. For many decades, our ability to understand how the planets are formed is based on scientific observations and the study of only our solar planetary system. Over hundreds of extrasolar planets have been discovered in the last twenty years and much more are likely to be found in the coming decades. Most of the known planets in the universe have a composition of their mass and orbital characteristics quite different from the known planets in our own Solar System. They are moving into orbit around their maternal stars, which are by their very nature completely different from our Sun.

What are conditions of extrasolar planets origin?

Some research and analytical methods are used to detect and characterize extrasolar planets. The most successful of these methods are radial speed measurements and transit photometry. The most of discovered exoplanets are more than 100 times massive than our planet Earth. But today it is clear that many and probably the most of planetary systems in the universe are completely different compared to our Solar System. Giant planets are most commonly found around stars with a high number of heavy elements in relation to hydrogen. It is generally recognized that planets are created from material inside of disk formed by gas and dust that surrounds a young star. However, detailed research studies open up many questions. Including a basic question of how are these planets actually formed. We have a sample of more than 800 confirmed exoplanets orbiting other stars than the Sun nowadays. Astronomers have certain ideas about the diversity of planetary systems. In general, there has been accepted aÂ view until now, that maternal stars that contain more metals (in astronomical terms, the â€œmetalsâ€ means all chemical elements heavier than hydrogen and helium) are more likely to be surrounded by their planets.

Where to look for the source of heavy elements in the universe?

Planets are likely to form more often in star systems with relatively high concentration of heavier elements than hydrogen or helium. Such heavier elements are needed to create dust grains and numerous small asteroids, which can form later on a solid core of a planet. It can also be assumed that dust discs in initial development, located in the vicinity of stars, will not survive for too long if they have lower concentration of heavy elements. By an influence of a close parentâ€™s star, dust clouds evaporate more quickly. So the questions is, when do star systems have right conditions for creating their own planets and planetary systems? Heavy elements like carbon, silicon and oxygen had to be created from huge star blasts called supernovae in the first place and from the star nucleus of the first generation of stars before the first planets could be created in the early universe.

After Big Bang, the universe contained only hydrogen and helium

Originally, the universe contained almost no chemical elements except hydrogen and helium. Most of the heavy elements were created during the development of the universe within the stars, from which they were scattered into a wide area at a time when very mass stars exploded at the end of their short life as supernovae. These new elements have become part of the new generation of stars and their planets. Black holes helped also to distribute these elements across the universe. An international team of astronomers has found out that a hot galactic wind from black holes in galaxy centers, can scatter heavy elements such as carbon and oxygen into the vast space between galaxies. Astronomers have found out that gas escapes from an area much closer to the black hole than originally assumed. A particle stream from a black hole reaches a massive 6 million km/h. In the course of several thousand years, elements such as carbon and oxygen can expand to enormous distances, possibly enriching space clouds of dust and gas. Such nebulae could become a place of birth of new stars and planets.

And what if planets were created under conditions that prevailed in the young universe, letâ€™s say 13 billion years ago? If metal-rich stars are more often surrounded by planets, are there stars with low metal content around which no planets can ever be created? And if the answer sounds, then from what point in the whole development of the universe can we expect the emergence of the first planets? There are lot of questions to be answered.