Spacepedia
Spacepedia🠊Handbook
Earth
Image Credit: Apollo 8 Crew, NASA
Before humanity ventured to the Moon, our view of our home planet consisted of what we could see from horizon to horizon. It was not until this stunning photo (along with many others) came back to Earth with the Apollo 8 astronauts that we saw Earth as a vibrant, delicate, blue and white globe framed by the velvety blackness of space. Acquired on Dec 22, 1968. Read more on NASA Earth Observatory
25000 views 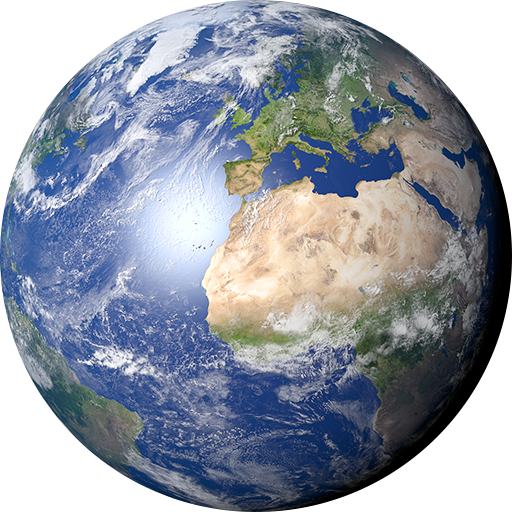 Our homeworld is theÂ densestÂ of the eight planets in theÂ Solar System. It is also the largest of the fourÂ terrestrial planets.

About 71% of the Earthâ€™s surface is covered by salt water oceans, and the remaining 30% is taken up by the seven continental landmasses. Earthâ€™sÂ outer surfaceÂ is also divided into several rigid segments, orÂ tectonic plates, that migrate across the surface over periods of millions of years.

Today, the Earth is tilted on its axis by 23.4Âº, producing seasonal variations in climate and weather across the surface of the planet during the course of aÂ year.

The Earthâ€™s magnetic field is generated within the molten outer core region of the planet and extends outwards to form the magnetosphere: a barrier surrounding the Earth, deflecting particles of the solar wind and protecting the Earth from Sun's radiation. 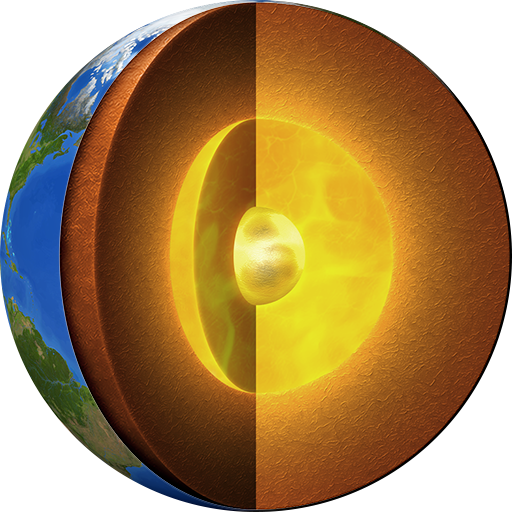 Earthâ€™s crust, together with the uppermost parts of the mantle forms the lithosphere. The lithosphere is broken into aÂ series of tectonic plates which â€œfloatâ€ on aÂ more elastic part of the upper mantle. The motion of these plates gives rise to earthquakes and volcanism.

The Earthâ€™s mantle is aÂ rocky shell which accounts for 84% of the planetâ€™s volume. The very uppermost regions of the mantle are the most solid and are relatively rigid.

The temperature difference within the outer core drives convection currents, with hot liquid metals rising, cooling and then descending back towards the hot inner core. These convection currents power the Earthâ€™s magnetic field.

Although the temperature in the inner core is thought to be about the same as the surface of the Sun, the extreme pressure prevents it from becoming liquid.