The Moon is Earthâ€™s only natural satellite. Next to the Sun, the Moon exerts the greatest influence on the Earth itself, most notably through its affect on Earthâ€™s tides.

The Moon is the largest natural satellite relative to the size of its primary - having 27% percent the diameter and 60% the density of the Earth. The Moon is larger than Pluto.

The current prevailing hypothesis for the origin of the Moon is that it formed as aÂ result of Mars-sized body colliding with the newly-formed proto-Earth. The material ejected from this impact accreted to form the Moon 4.53 billion years ago.

The Moon is the brightest object in the sky after the Sun, although its surface is actually dark, reflecting only 7 percent of the light falling on it. Moonâ€™s current orbital distance causes it to appear almost the same size in the sky as the Sun. 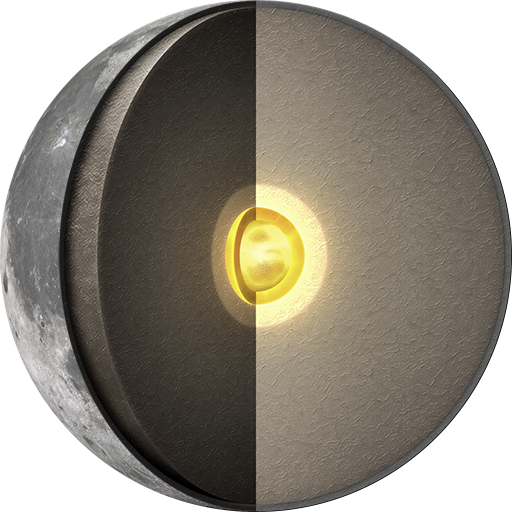 The uppermost parts of the Lunar crust forms broken surface layers referred to as regolith and megaregolith. Regolith comprises small rocks and dust formed by impact processes and is only a few metres thick. Megaregolith is a layer of highly fractured bedrock several kilometres thick which lies directly under the regolith.

Moonquakes have been found to occur deep within the Moonâ€™s mantle. These occur with monthly periodicities and are related to tidal stresses caused by the eccentric orbit of the Moon about the Earth.

Lunar core is small, with a radius of about 20% the size of the Moon.