Spacepedia
Spacepedia🠊Handbook🠊Jupiter
Ganymede
Image Credit: Galileo spacecraft, NASA
Natural color view of Ganymede from the Galileo spacecraft during its first encounter with the satellite. Acquired on Jun 26, 1996, at a distance of 600 000 Km from Io. Read more on NASA Photo Journal
6795 views 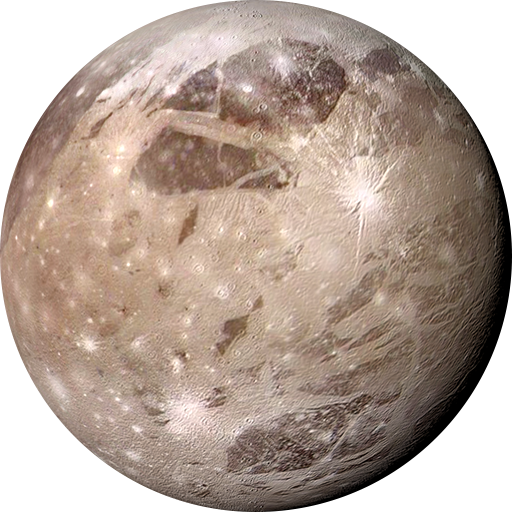 Ganymede is the largest moon in the Solar System, larger than Mercury, and only slightly smaller than Mars. If Ganymede orbited the sun instead of orbiting Jupiter, it would easily be classified as a planet.

Ganymede is the only moon in the Solar System known to possess a magnetosphere.