Spacepedia
Spacepedia🠊Handbook🠊Jupiter
Io
Image Credit: Galileo spacecraft, NASA
The images used to create this enhanced color composite of Io were acquired by NASA's Galileo spacecraft during its seventh orbit of Jupiter. Acquired on Apr 4, 1997, at a distance of 600 000 Km from Io. Read more on NASA Photo Journal
7016 views 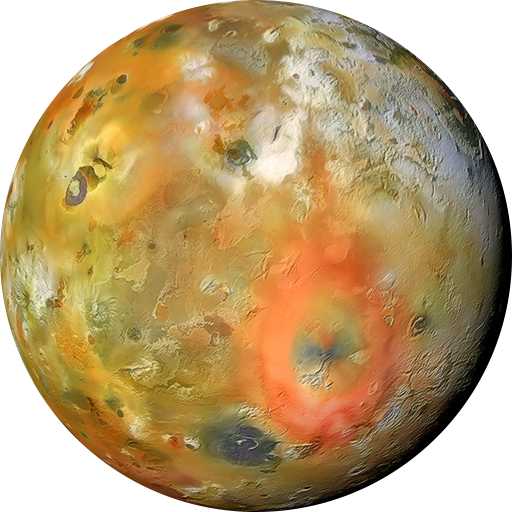 Io's volcanic plumes and lava flows cover the surface in yellow, red, white, black, and green compounds of sulfur. Io's surface is also dotted with more than 100 mountains, with some of them taller than Mount Everest.

Due to its varying distances from Jupiter, Io is subjected to tremendous tidal forces. These forces cause Io's surface to bulge up and down by as much as 100m. They also generate a huge amount of heat within Io, keeping much of its subsurface crust in liquid form.