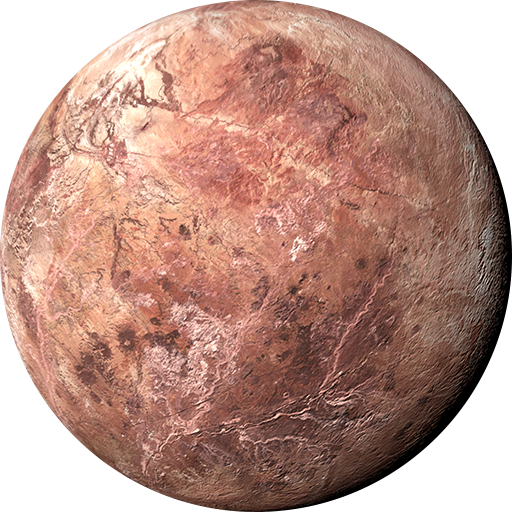 Discovered in March 2005, Makemake is the second furthest dwarf planet to the Sun. It is also the 3rd largest dwarf planet, just slightly smaller and dimmer than Pluto.

With no detected moons and the lack of variations in its brightness, it is difficult to determine Makemake's mass, density or rotation period.