Spacepedia
Spacepedia🠊Handbook
Mars
Image Credit: Viking 1 spacecraft, NASA
Global mosaic of Viking 1 Orbiter images of Mars. The images are projected into point perspective, representing what a viewer would see from a spacecraft. Acquired on Feb 22, 1980. at a distance of 2 500 Km from Mars. Read more on NASA National Space Science Center
19322 views 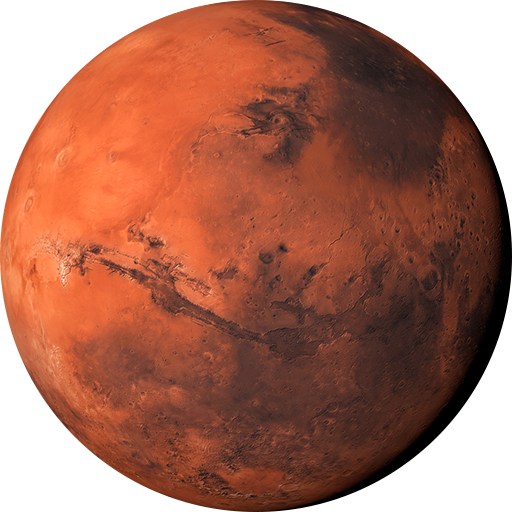 Mars is the fourth planet from the Sun and the second smallest planet in the Solar System. The reddish appearance of Marsâ€™ surface is caused by iron oxide (rust).

While the Mars is about half as big as the Earth, there are still many similarities: Mars has a rocky surface and polar ice caps, the days on Mars are only 40 minutes longer, the axial tilt gives it similar seasons to ours (although each lasts about twice as long)

Mars has aÂ dramatic landscape, with towering volcanoes and aÂ great canyon system. Of all the planets in the Solar System, it has the highest mountain, Olympus Mons, and the largest canyon, Valles Marineris.

There is strong evidence that the Martian atmosphere was once far denser than it is now, and that water once ran freely on its surface. There is also mounting evidence that much of this water remains locked away underground.

Mars has two small natural satellites, Phobos and Deimos, that orbit very close to the planet. These moons may be captured asteroids. It has been predicted that in about 50 million years, Phobos will either crash into Marsâ€™ surface or break up into a ring structure around the planet.

Mars can easily be seen from Earth with the naked eye, as can its reddish coloring. Its apparent magnitude is surpassed by the Sun, the Moon, Venus and Jupiter - but it can briefly match Jupiterâ€™s brightness at certain points in its orbit. 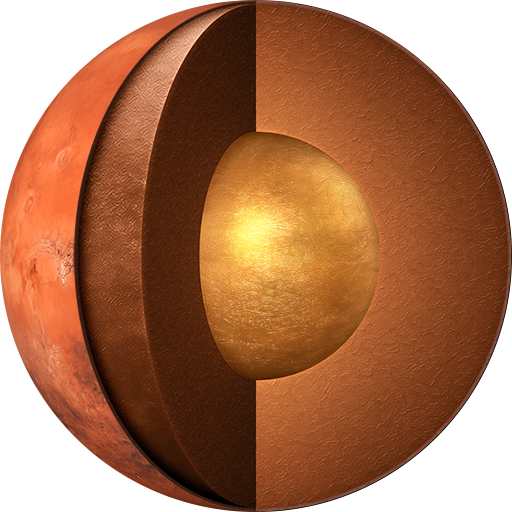 The outer crust is rich in silicon, oxygen, iron, magnesium, aluminum, calcium, and potassium â€“ all of which could be used in the development of future human outposts on Mars.

Silicate mantle was once very active, giving rise to many of the planetâ€™s distinctive surface features, but which now appears to be dormant.

Like Earth, Mars has undergone differentiation, resulting in aÂ dense core primarily comprising iron and nickel, but with around 17% sulfur, which renders the core partially liquid.