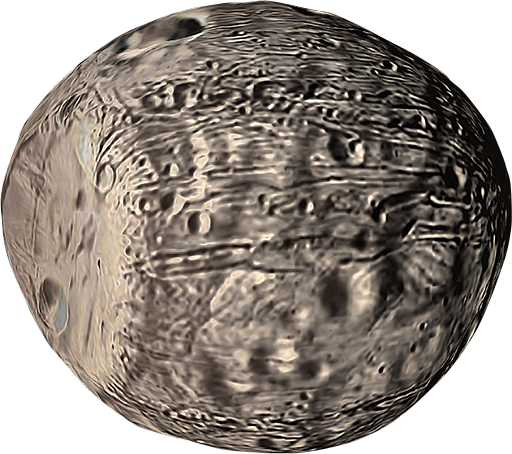 Phobos is the larger and closer of the two natural satellites of Mars. It is a small, irregularly shaped object, closer to its primary than any other known planetary moon.

Phobos is so close that it orbits Mars faster than Mars rotates. As a result, from the surface of Mars it appears to rise and set twice each Martian day.

Phobos is drawing closer to Mars and in 50 million years it will either collide with the planet or break up into a planetary ring.