Spacepedia
Spacepedia🠊Handbook
Mercury
Image Credit: Messanger spacecraft, NASA
This high-resolution mosaic of NAC images shows Mercury as it appeared to MESSENGER as the spacecraft departed the planet after the mission's second flyby of Mercury. Acquired on Oct 6, 2008. Read more on nasa.gov
20421 views 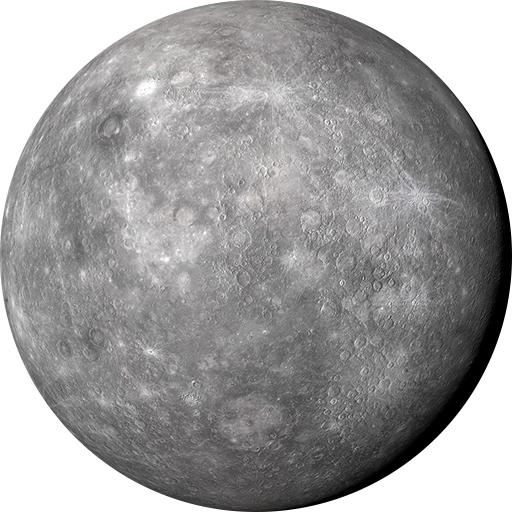 Mercury is the innermost and smallest planet of the Solar System. Because it has almost no atmosphere to retain heat, Mercuryâ€™s surface experiences the greatest temperature variation of all the planets.

Mercury appears as aÂ morning or evening star from Earth, but due to itâ€™s proximity to Sun, it is very hard to see. Still, Mercury can be observed at least twice a year: in spring at dusk and in autumn before dawn. 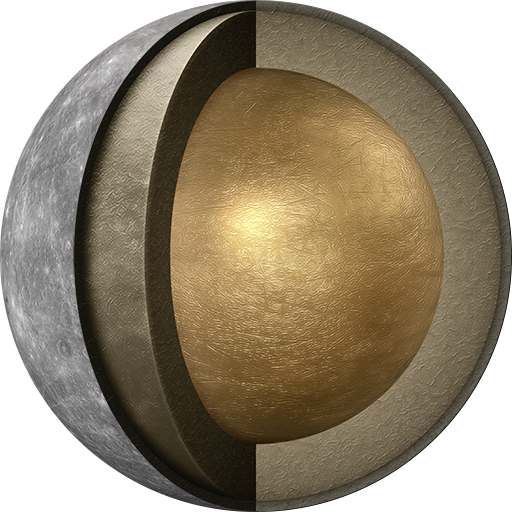 The crust is similar in appearance to the that of the Moon with mare-like plains and heavy cratering. AÂ distinctive feature of the surface crust is the presence of numerous narrow ridges, which might have formed as Mercuryâ€™s core and mantle cooled and contracted after the crust had solidified.

Mercuryâ€™s extreme high density infers that the planet has aÂ large, iron-rich core, with higher iron content than that of any other major planet in the Solar System.