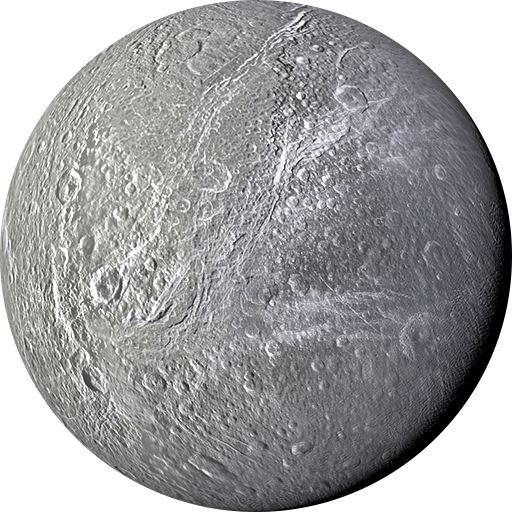 Dione is a small Saturnian moon. Still, Dione is the 15th largest moon in the Solar System, more massive than all known moons smaller than itself combined.

Heavily cratered areas on Dione are unexpectedly located on the trailing hemisphere, so it has been theorized that a more recent impact spun Dione around 180 degrees.