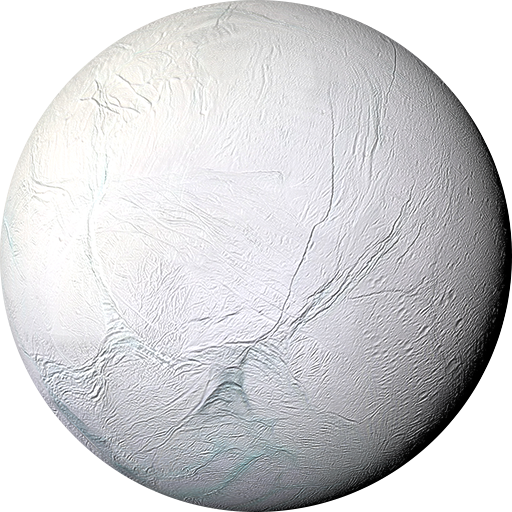 Enceladus is the sixth-largest moon of Saturn. It has the highest albedo of any known object in the Solar System, reflecting almost 100% of the sunlight Eceladus receives.

Cryovolcanoes at the south pole shoot large jets of water vapor into space. The whole of Saturn's E Ring is believed to have been made from these ice particles.

Enceladus seems to have liquid water under its icy surface. This could be caused by internal heat as a result of tidal forces from Saturn.

Because of the apparent liquid water near the surface, Enceladus may be one of the best spots for humans to look for extraterrestrial life.