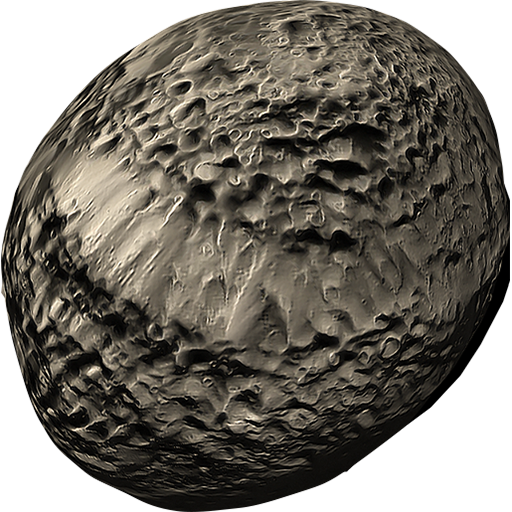 Hyperion is the second largest irregular (nonspherical) body in the Solar System and the first non-round moon to be discovered. Hyperion is probably a remnant of a larger moon that was destroyed by a major impact.

Hyperion's surface is covered with deep, sharp-edged craters that give it the appearance of a giant sponge. The latest analyses also show that about 40 percent of the moon is empty space.

Hyperion is the only moon in the Solar System known to rotate chaotically. Its axis of rotation wobbles so much that its orientation in space is unpredictable.