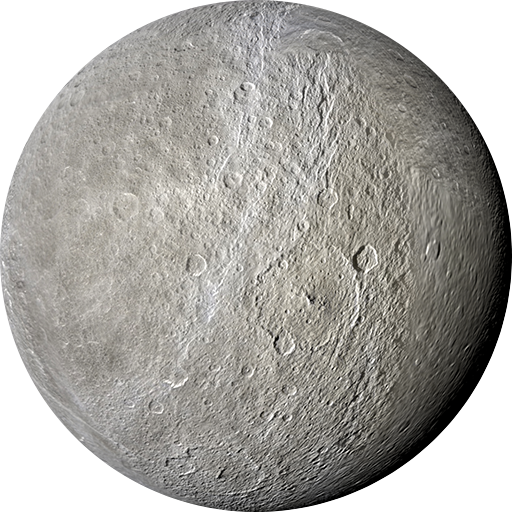 Rhea's features could be divided into two regions: The brighter and more heavily cratered areas and the areas in the polar and equatorial region. This difference may indicate there was a major resurfacing event some time in Rhea's history.