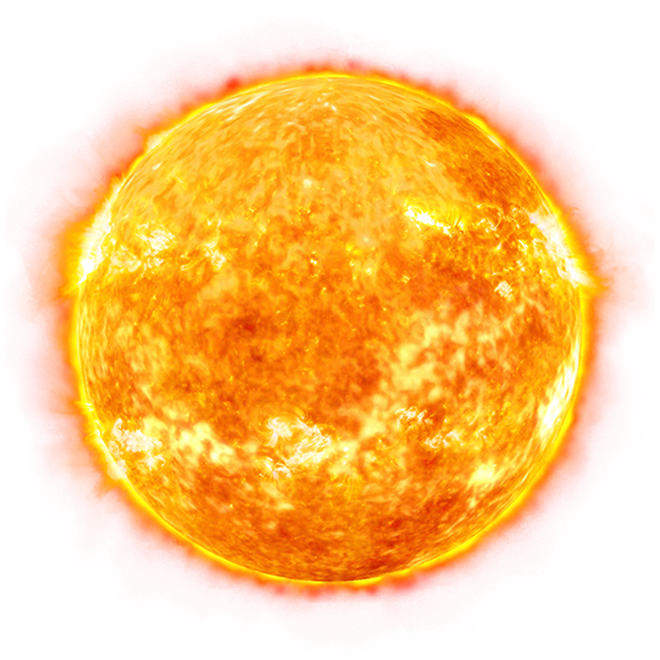 The Sun, also referred to as "Sol", is the starÂ at the center of theÂ Solar System. Sunâ€™s mass accounts for some 99.86% of the total mass of the Solar System.

Roughly three-quarters of the Sunâ€™s mass is hydrogen, with the rest mostly helium. Only 1.69% of the Sun (which is still 5 628 times the mass of the Earth) is made up of heavier elements likeÂ carbon, iron, neon and oxygen.

The mean distance of the Sun from the Earth is approximately 149.6 million kilometres (1Â AU). On average, it takes light from the Sun about 8 minutes and 19 seconds to reach the Earth.

Once thought to be a relatively insignificant star, the Sun is now considered to be brighter than about 85% of the stars in the Milky Way galaxy. It is located about two thirds of the way out from the centre of the Milky Way. 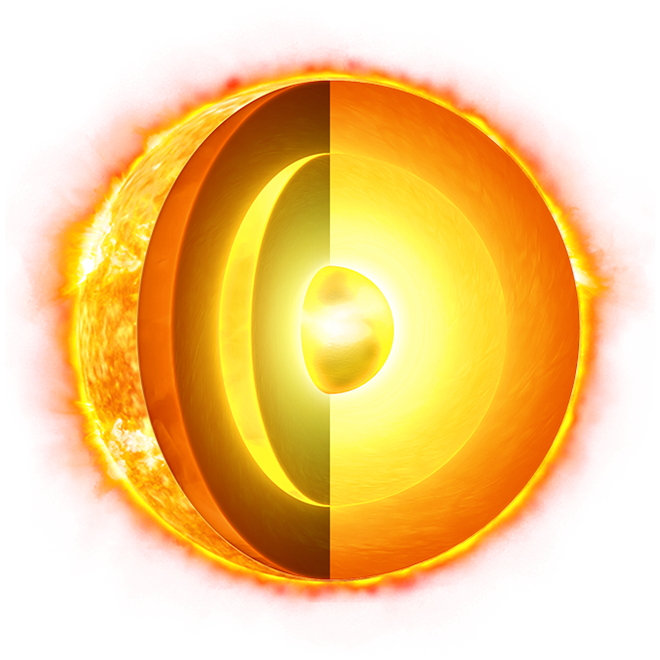 The photosphere is a thin outermost layer of the Sun. Below photosphere, the Sun becomes opaque. However, the photosphere itself is only slightly less opaque than the air on Earth.

Thermal columnsÂ carry hot material to the surface of the Sun. Once the material cools off, it plunges back towards the hot radiative zone.

99% of all power generated by the Sun comes from within 24% of the Sunâ€™s radius.