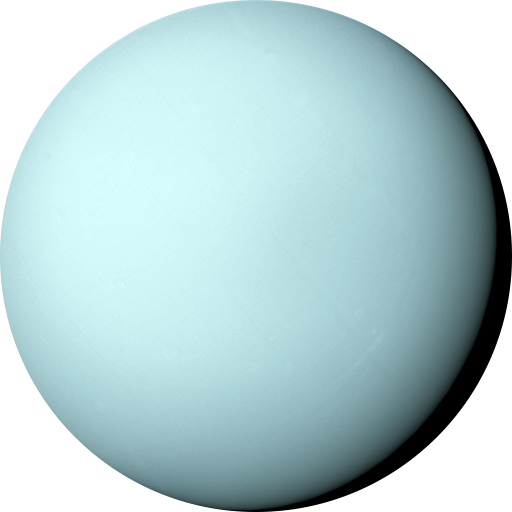 Uranus was the first to be discovered by the use of the modern telescope, with its discovery credited to the English astronomer William Herschel in 1781.

Uranus has an axial tilt of 97.77Â°, meaning it effectively rolls around the Sun "on its side" compared to the other planets in the Solar System.

While in Opposition (from the Sun, relative to the Earth), Uranus becomes visible to the naked-eye. It would appear as a faint star under dark sky conditions. 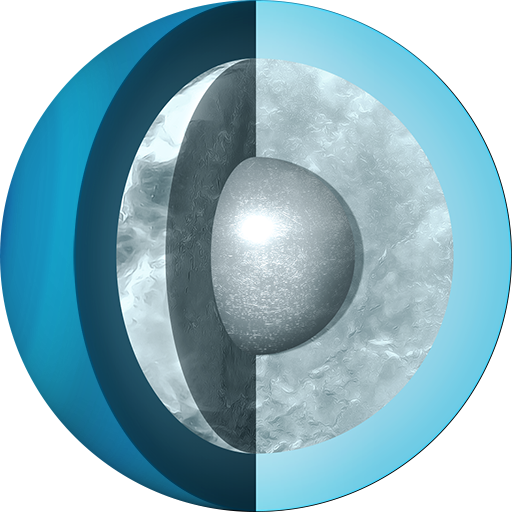 Uranus' cyan color is due to the absorption of red light by atmospheric methane.

The gaseous atmosphere gradually transitions into the internal liquid layers.

The ice mantle is not in fact composed of ice in the conventional sense, but of a hot and dense fluid, also called a waterâ€“ammonia ocean.

A relatively large magnetic field is generated by convection currents at shallow depths within the planet.